Chart of the week: We've been here before 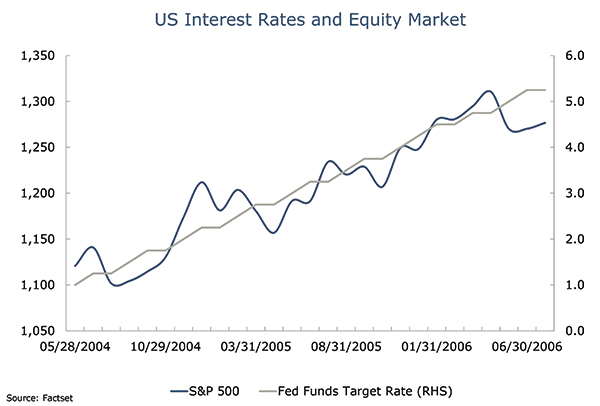 There has been a significant change in the number of rate hikes expected in the US: consensus now expects eight hikes over the next 12 months.  We have maintained a pro equity bias as strong economic growth is prompting this change in the interest rate outlook. Let’s revisit the 2004 interest rate cycle, when we had a similar situation. The Fed increased rates by 25bp on a continual basis and almost at every single meeting – and for the same reason as now, an economic recovery that became self-sustaining. However, as you see in the chart the equity market continued to rise in the face of interest rate hikes as it reacted to the better growth background.

Market Pulse: Does January set the tone for 2022?

Market Pulse: A shift towards cyclicals