Chart of the week: the euro area is hard hit 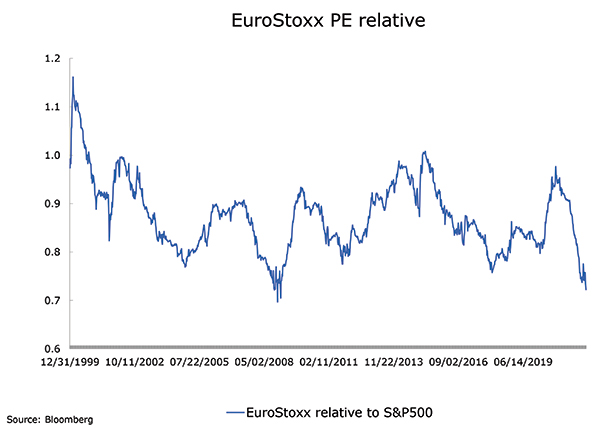 The euro area is, economically, the hardest hit of the major regions by the war in Ukraine. It is a net importer of energy products and Russia is the major source of them. The region has experienced the biggest cuts to economic growth forecasts. However, the equity market has reacted to that. The euro area equity market now stands close to its lowest valuation relative to the US since the launch of the Euro. The region will be under pressure while the conflict rages. But in a recovery, it will probably lead the world.