Chart of the week: Fixed income in attractive territory 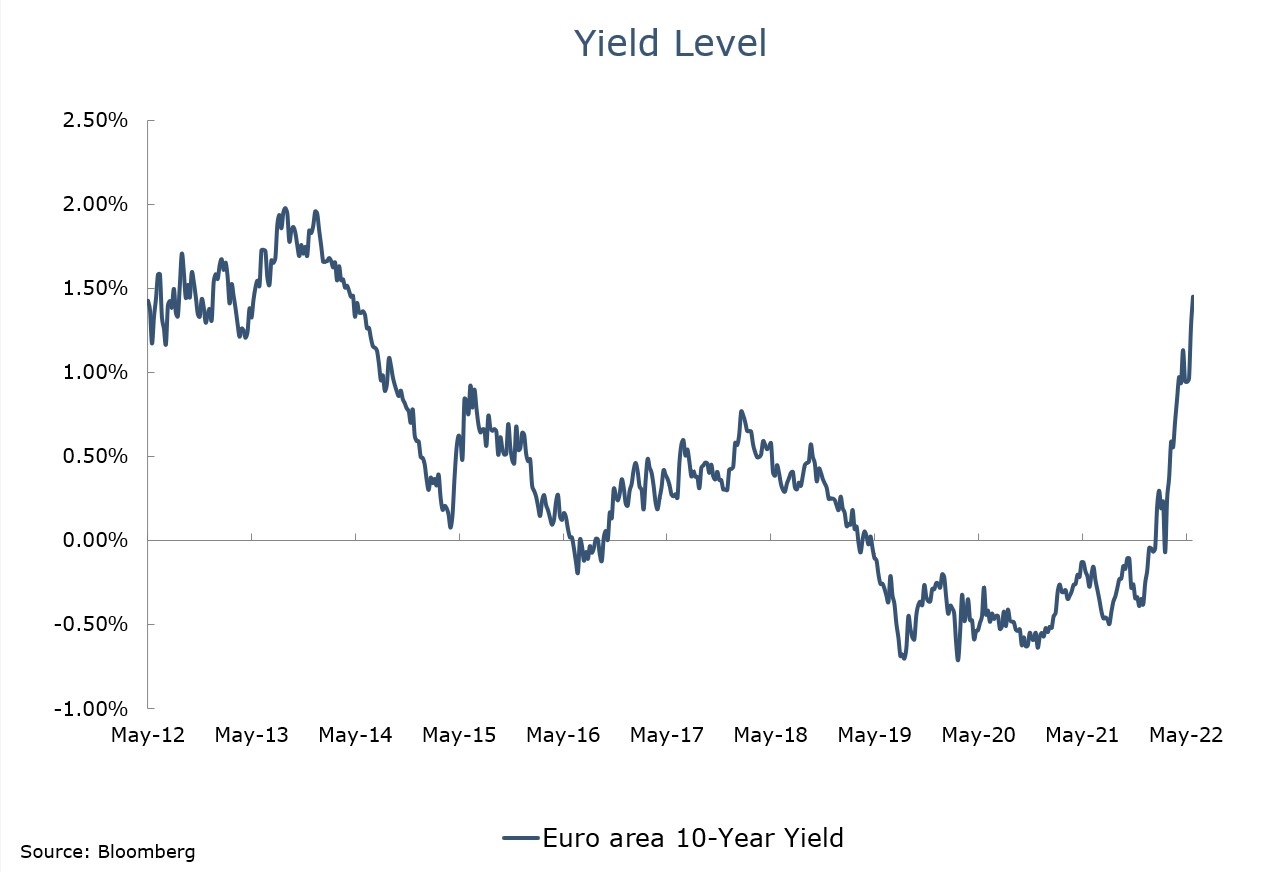 The last month has seen a dramatic move in bond yields in the euro area, up over 0.5%. The yield is now back to levels we last saw in the early part of 2014. Since then, we have spent a lot of time with yields at unattractive levels. This is now changing. The euro bond market is now moving to price in a more aggressive ECB, which is sensible, and yield levels across all maturities are now providing scope to add some value to investment returns. We are adding to our fixed income exposure as sentiment is very low and interest rate expectations now seem more realistic. We could see further weakness in the bond market, so we are targeting shorter-dated maturities.

Market Pulse: Has US inflation reached a peak?