Chart of the week: defensives lead the rebound 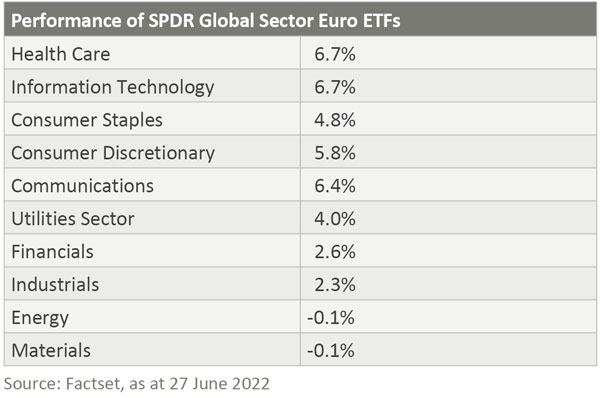 The recovery in equity markets last week was not led by the high beta sectors but rather by the defensive sectors (Healthcare and Consumer Staples) and structural growth (IT and parts of Consumer Discretionary). This is the normal pattern of performance during the latter stages of an economic cycle. What had been getting in the way of this happening was that real economic growth expectations had been declining but nominal forecasts had not. We expect this to change as inflation subsides and brings nominal growth expectations down and, as a result, this sector performance pattern will likely be maintained.