Chart of the week: US consumer - do as I do, not as I say 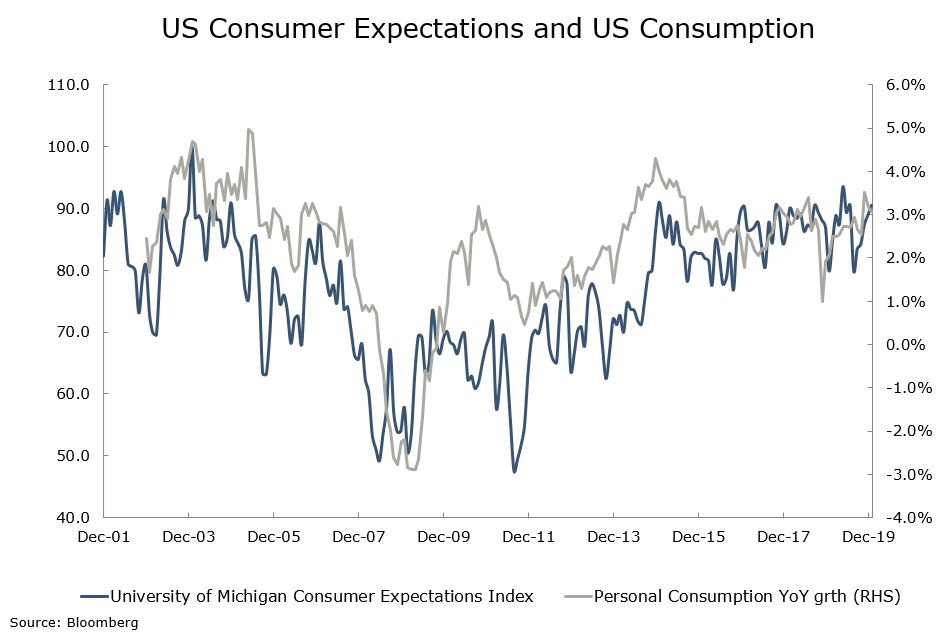 A deterioration in consumer sentiment in the US has been a factor behind the rise in recession fears. As the largest component in the US economy, and indeed the largest group within the global economy, a stressed US consumer would be a major drag. In the latest consumer survey for the University of Michigan, the expectations sub-index dropped to its lowest level since 1980 adding to concerns. Our chart of the week puts the Consumer Expectations Index against actual consumption pre-COVID. As you can see, the two lines are coincident. The expectations index tells you very little about what consumption will be like in the future, it reflects what is happening at the moment.