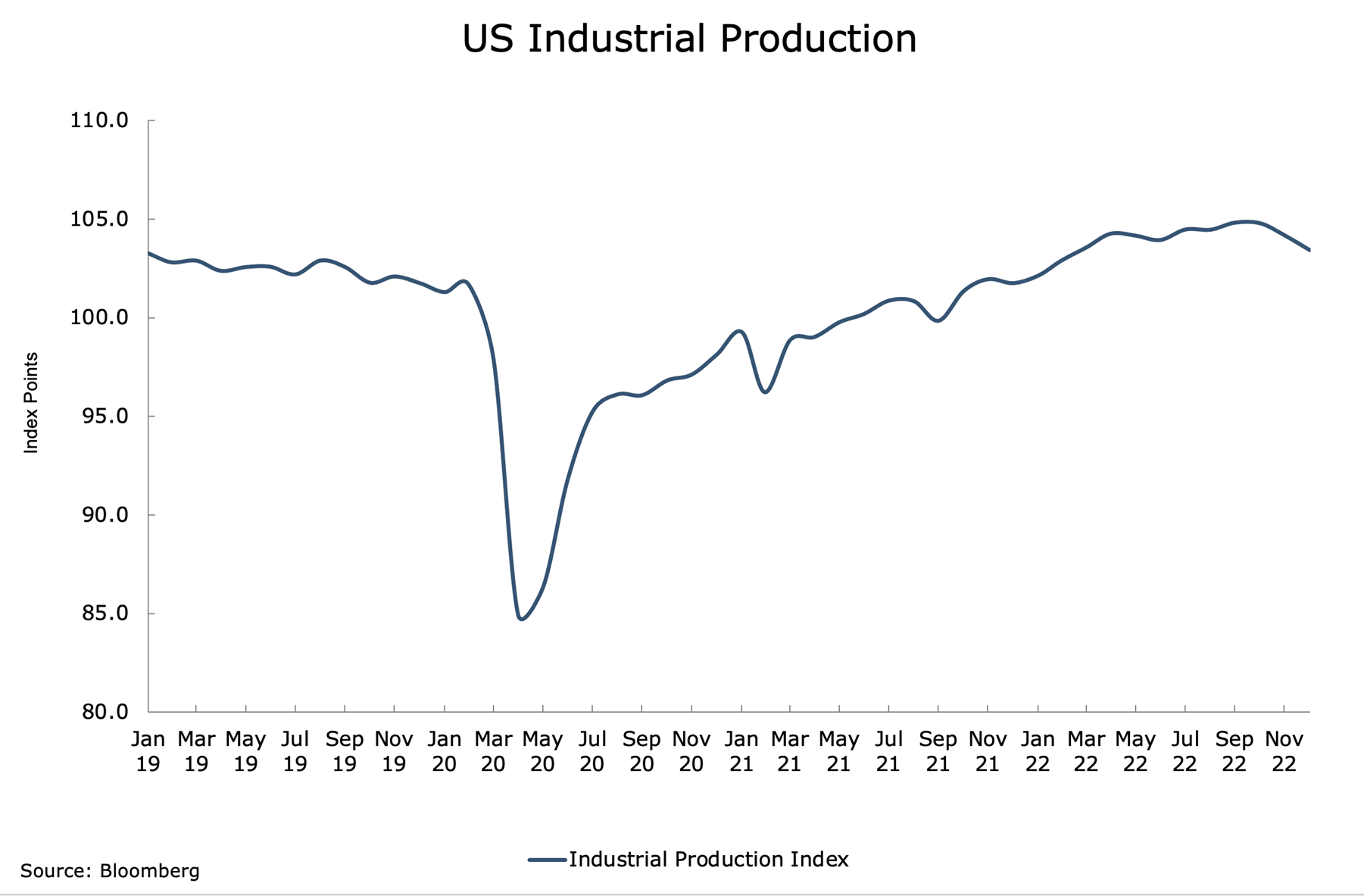 Last week we got the non-Manufacturing ISM (Institute for Supply Management), which indicated that the Services element of the US economy could be getting into difficulty. The level of output from the manufacturing section of the economy shows a definite decline over the last three months. For some time, the sentiment indicators, like the ISM surveys, have been flashing warning signals but the actual data is proving more robust. Industrial Production fell more than the expected downward revisions compared to previous months, bringing it into contraction territory. At the moment, it pays to be cautious.