Market Pulse: Are we there yet? Core inflation surprise exercises markets 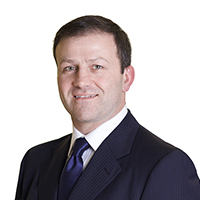 Chart of the week: S&P 500 growth vs inflation 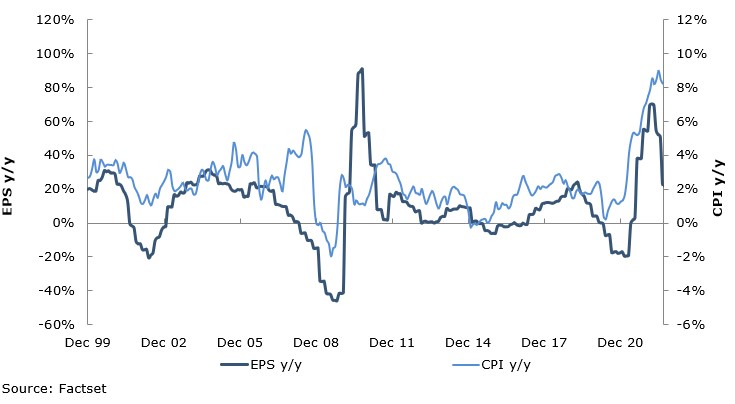 Inflation is the current hot topic. Global central banks are almost all in tightening mode to bring it to heel. This has put pressure on asset markets as the shift to higher interest rates drives lower valuations. However, while bonds typically have fixed future cash flows, equities appear to get some benefit from inflation. Our chart of the week shows a strong positive relationship between S&P 500 earnings per share (EPS) growth and US consumer price inflation (CPI). Earnings growth was modest in the post-financial crisis period of low real growth and low inflation, but it accelerated sharply after the Covid-19 pandemic on cyclical drivers including inflation. This makes intuitive sense – companies that cannot increase prices to maintain profits will fade and be bypassed by those that can. While real GDP growth forecasts have been cut through 2022, higher inflation has offset this for nominal GDP growth, which has supported earnings forecasts. Of course, if central banks have to inflict sufficient pain to halt inflation so that it drives a hard landing, then earnings will fall, and credit losses will rise.

Market Pulse: Can Europe keep the lights on this winter?