Chart of the week: The performance of euro area banks relative to the EuroStoxx 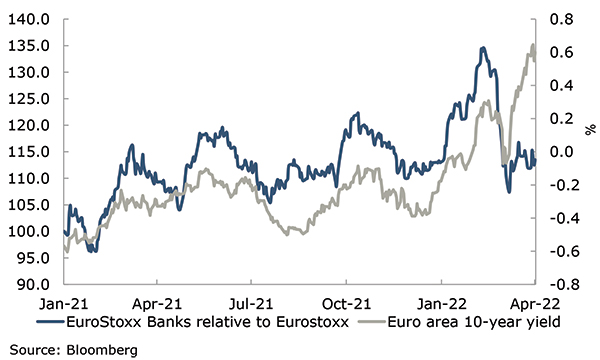 The chart above shows how the bank sector in the euro area has performed relative to the EuroStoxx. As you can see, the sector has generally outperformed when the 10-year yield in the euro area rose. At some stage, this relationship breaks down as people worry about the growth impact of higher rates. Given the recent relative performance – flat despite a significant spike in the 10-year yield – it looks like we have reached that point and banks will behave more like cyclicals going forward.