Market Pulse: Some reason for optimism?

Chart of the week: Has the turn arrived 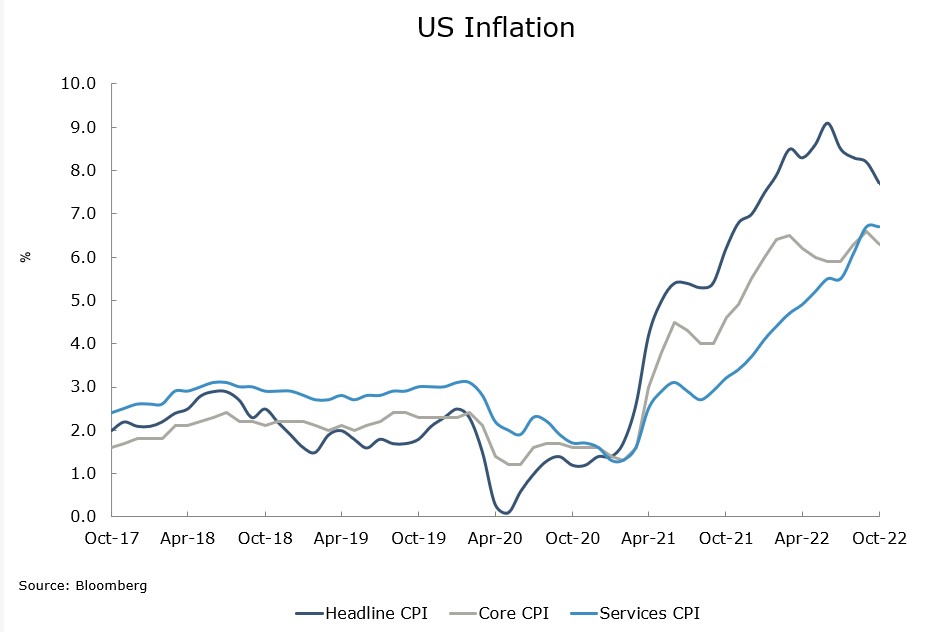 The release of the CPI data in the US showed a drop in the year-on-year rate at both the headline and the core level. This is not the first time inflation has decelerated in the US so one remains somewhat cautious. However, there are some signs that we may have passed the peak. Firstly, headline inflation has been coming down for a number of months as the impact of higher commodity prices is now passing. The other sign is the flattening in Services inflation. This is the last component of inflation to turn. Goods inflation was negative month-on-month. It is still early to call whether we have hit the peak in Services inflation but at least we now have an indication it may have happened.