Chart of the week: Too strong?? 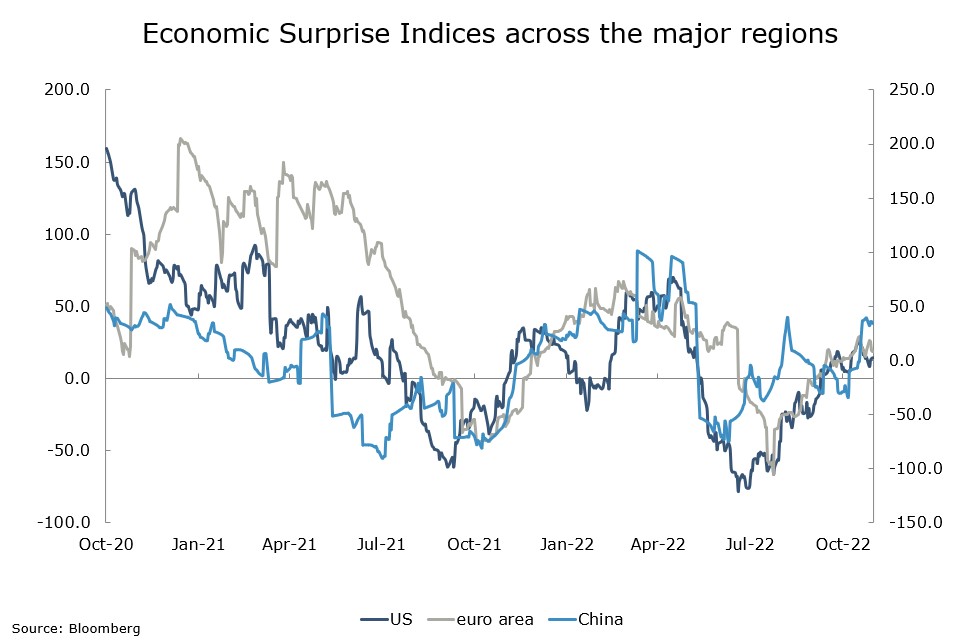 The outlook for central bank policy across the developed world is the main focus of both equity and bond markets. They corrected last week as the Federal Reserve failed to indicate any change in thinking. Part of the reason for this is that economies are not showing any great growth stress at the moment. Forecast growth rates have been declining but economies have not been slowing as quickly as the forecasts imply. That is why in the chart above the Economic Surprise Indices have moved above zero (the actual data is better than forecast). While that continues, it is difficult for central banks to change their tone. Should these start to decline, we may see some change in central bank commentary.