Chart of the week: fear in bond market at extremes 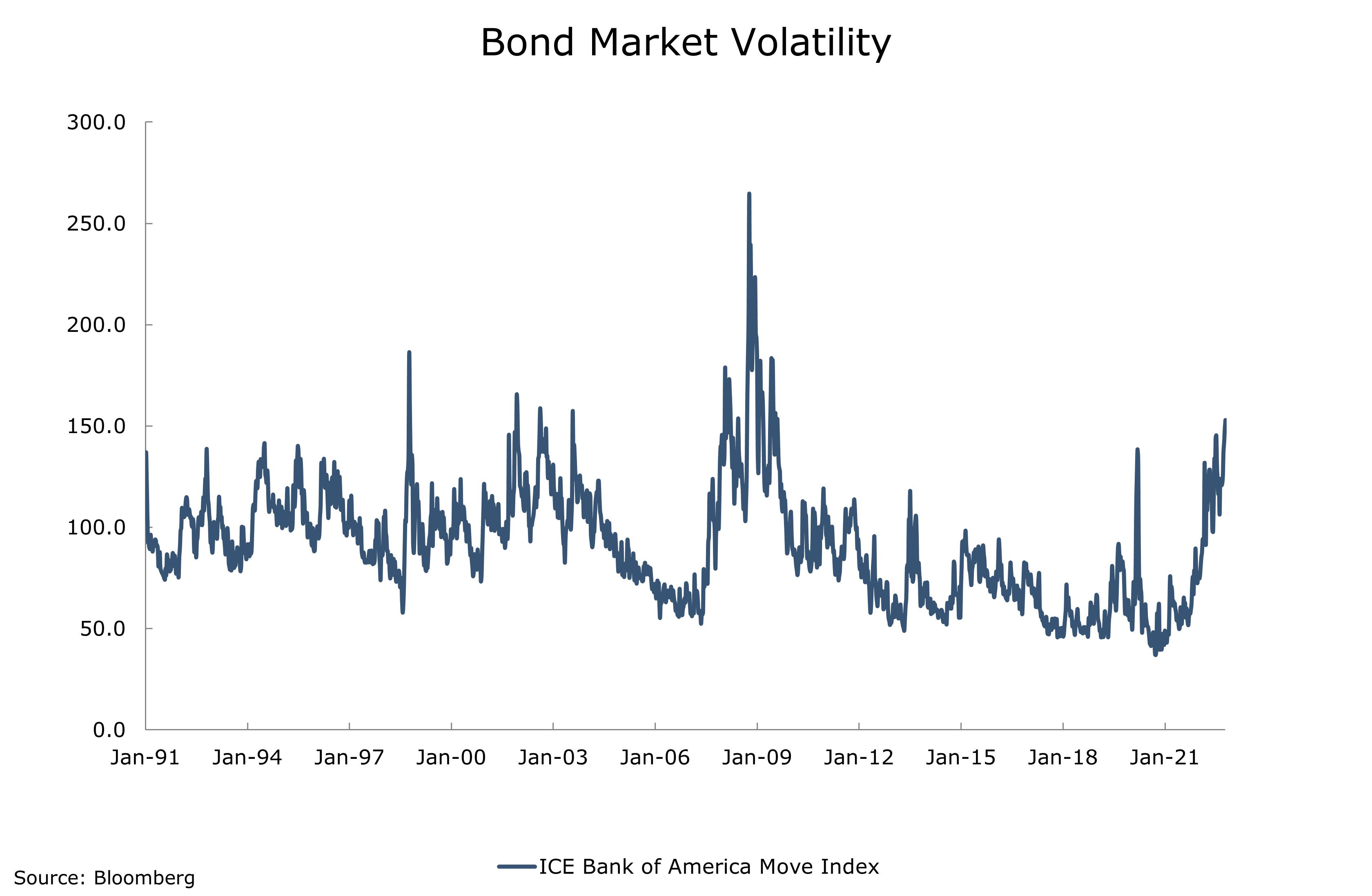 Bond yields have been on a remorseless journey upwards this year. In the euro area, the 10-year yield has risen 2.7% and, in the US, it has risen by 3.0%. In our chart of the week, the move index measures volatility in the US bond market. We have only reached these levels of volatility at extreme global stress points (the onset of the pandemic, the Great Financial Crisis, 9/11 and the second Gulf War). While we are uncertain about where inflation will peak out and at what level it will stabilise, the outlook does not look as bad as it did at those more stressful points. Increasing exposure to bond markets when fear is this high seems right.