Chart of the week: Fed projections have moved a long way 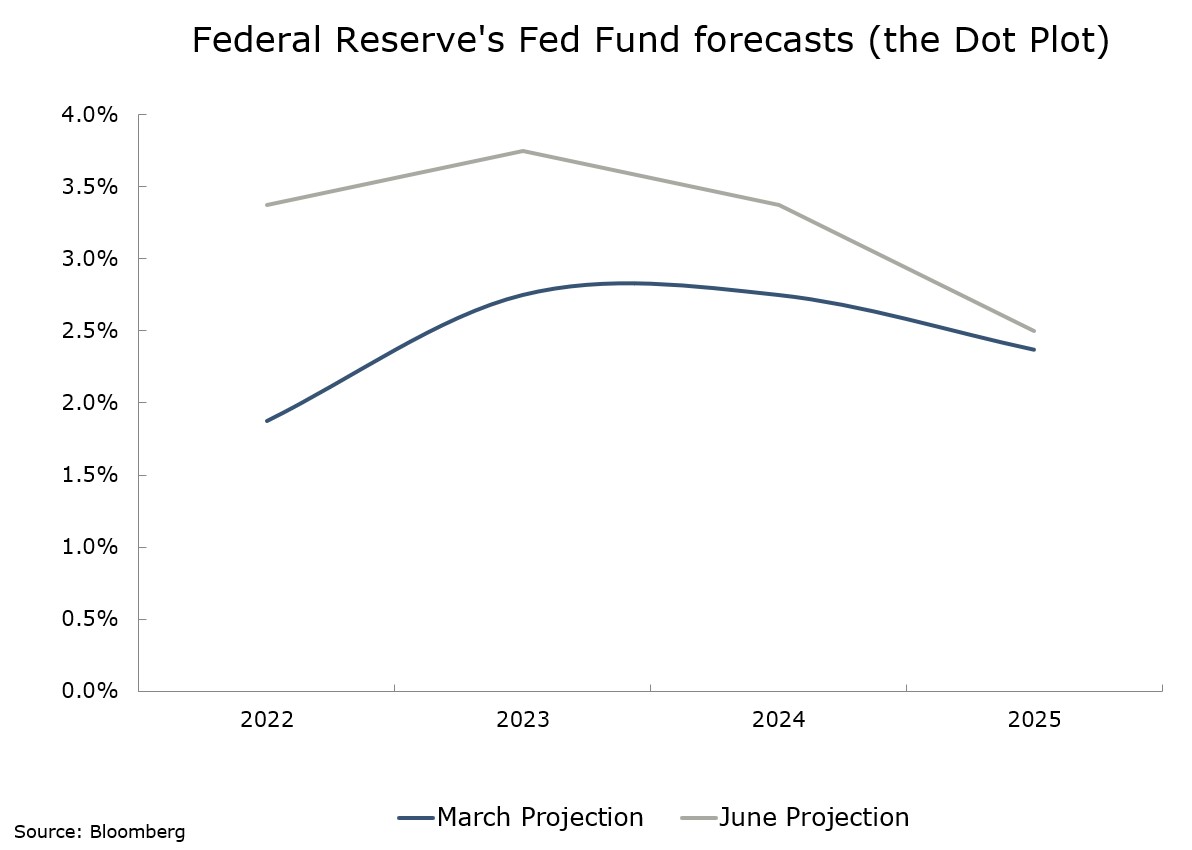 As part of the FOMC meeting last week, there was an update on where Committee members expect the Fed Funds rate to go to over the next couple of years (the ‘Dot Plot’). Since the last release in March, expectations for this year have moved up by 1.5% and for next year by 1%. Over the period, the Fed Funds future for 2023 (the markets expectations) have changed little, remaining at 3.5% so the Fed now looks like it is ‘on top of the curve’. Thus, we could now be reaching the point of maximum ‘hawkishness’ from the Fed.

Market Pulse: a slowdown, not a recession