Chart of the week: Yen falls 10% in six weeks 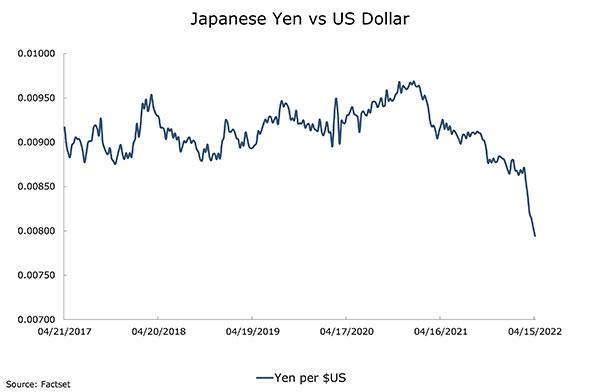 The Japanese Yen has been having a tough time against the US dollar over the last 12 months because the Japanese economy has struggled more with recurring waves of the Covid-19 virus. The change in policy from the Federal Reserve has accelerated this trend and the Yen has dropped 10% over the last six weeks – a very large move in currency markets. With the Bank of Japan committed to maintaining low rates, this trend is not likely to change. This could induce some capital flows from Japan into the US Treasury and help stabilise yields there. China is reacting. Last week, it started to manage the Renminbi down against the US dollar – and this is not good for the region.