Chart of the week: looking interesting 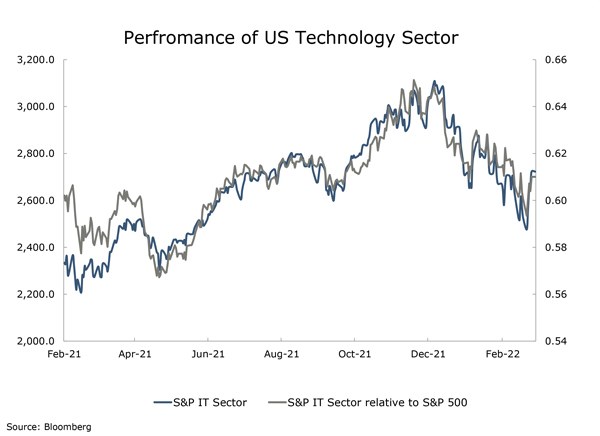 The IT sector had a tough start to the year and was down nearly 20% year-to-date at one stage. Rising bond yields undermining high valuations was the primary culprit. Over the last week, bond yields have continued to rise but the Technology sector outperformed. At some stage in the cycle the attraction of the higher relative earnings growth outweighs the negative of rising bond yields. Perhaps we have reached that point.