Chart of the week: Good news for Consumers but not for the ECB 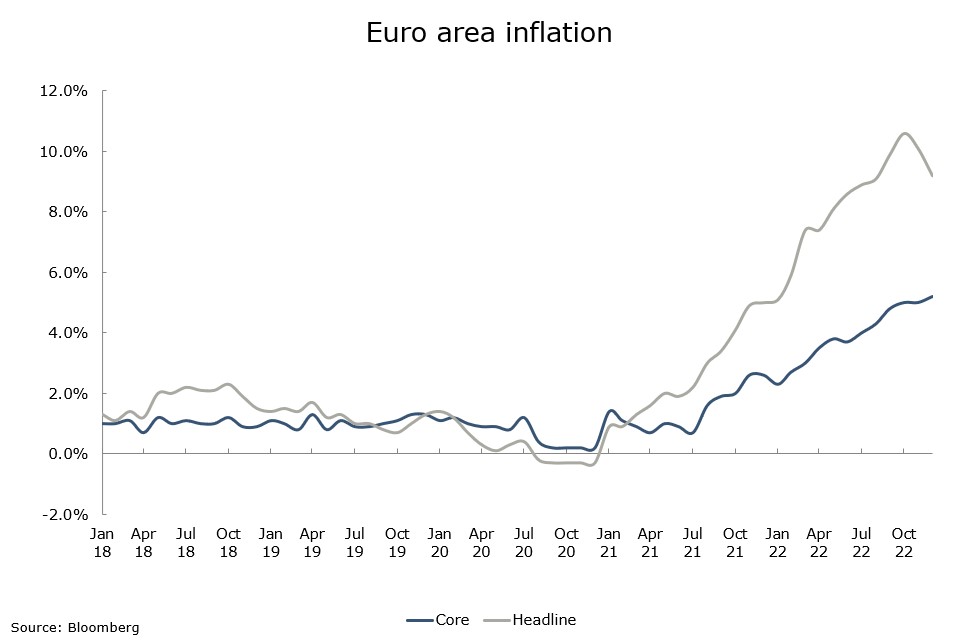 The inflation report for the euro area was released last week and it was a mixed outcome. Headline inflation fell more than people expected as energy prices declined significantly: the natural gas price is now back to where it was in November 2021. This is good news for the euro area consumer and thus for growth in the region. However, the core price index rose again against expectations for a slight drop. This will keep the ECB on an aggressive tack which markets will not like. However, we did see the same pattern in the US. Core inflation levelled off, then spiked up before starting to fall again.