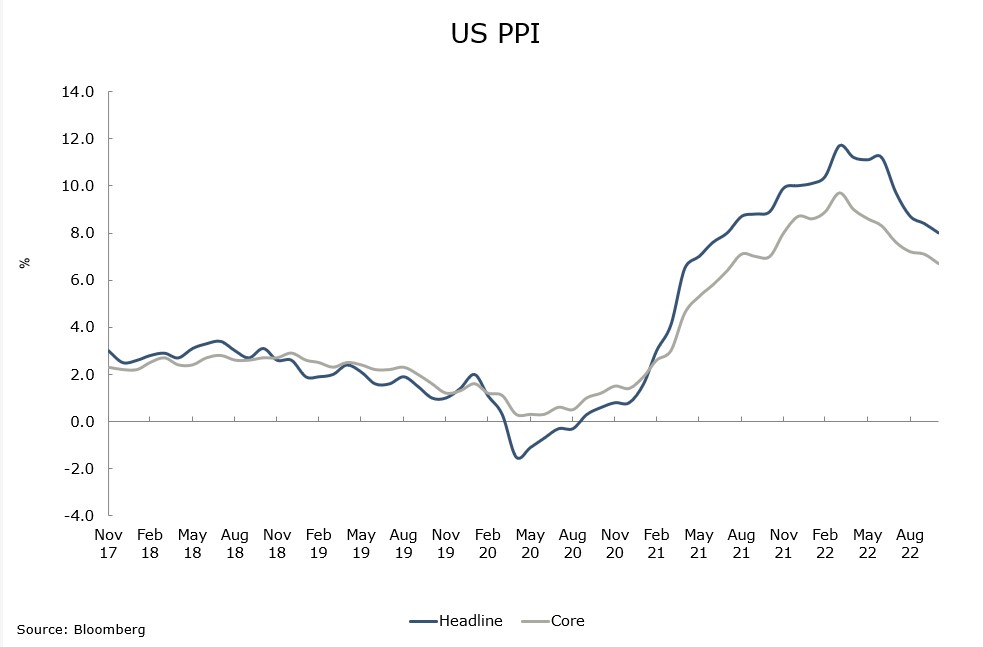 More good news on US inflation, the Producer Price Index (PPI) was released last week and, similar to the CPI release both core and headline were down and weaker than expected. The index peaked in March and has been steadily decelerating since. CPI did not follow the same path so there is not a perfect linkage between the two. However, it is further evidence that inflationary pressures are easing, and in this case quite rapidly. Core Goods prices fell in the CPI report, and this index says there is more of that to come.

Market Pulse: Some reason for optimism?