Chart of the week: The downward path continues 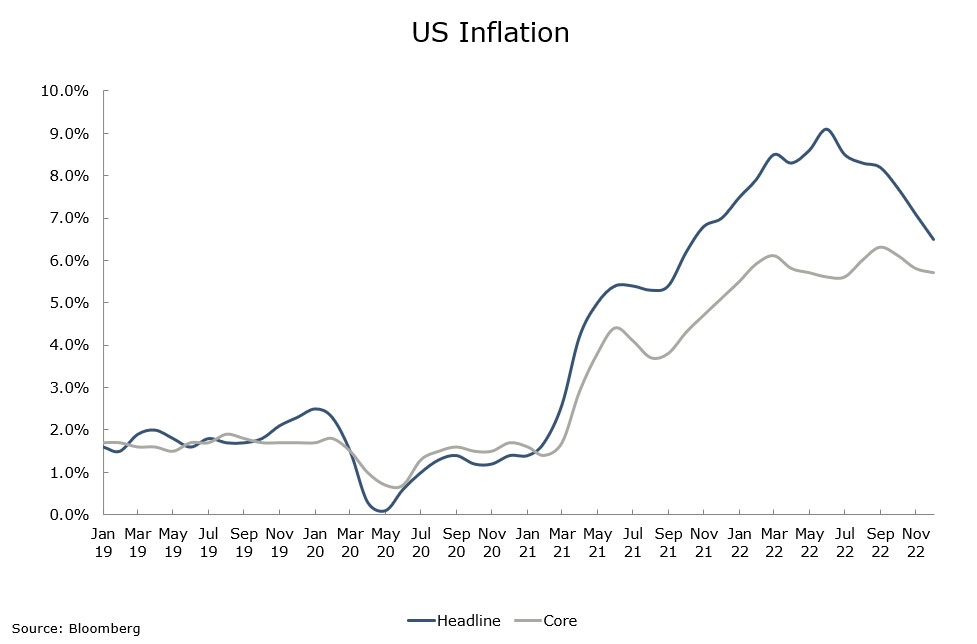 The inflation report from the US did not produce as many ‘fireworks’ as previous months mainly because it was as expected. Headline inflation was down month-on-month as energy prices keep dropping, which is good news for consumption growth. Core goods prices were down month-on-month again leaving only the rent related measures as the only ones that have not shown any cooling. The annualised core inflation over the last three months is now 3.1%, rapidly moving towards the Federal Reserve’s target of 2%. It strengthens the argument that we are in the last stages of tightening in the US which will help all asset markets.