Chart of the week: is the US dollar too high? 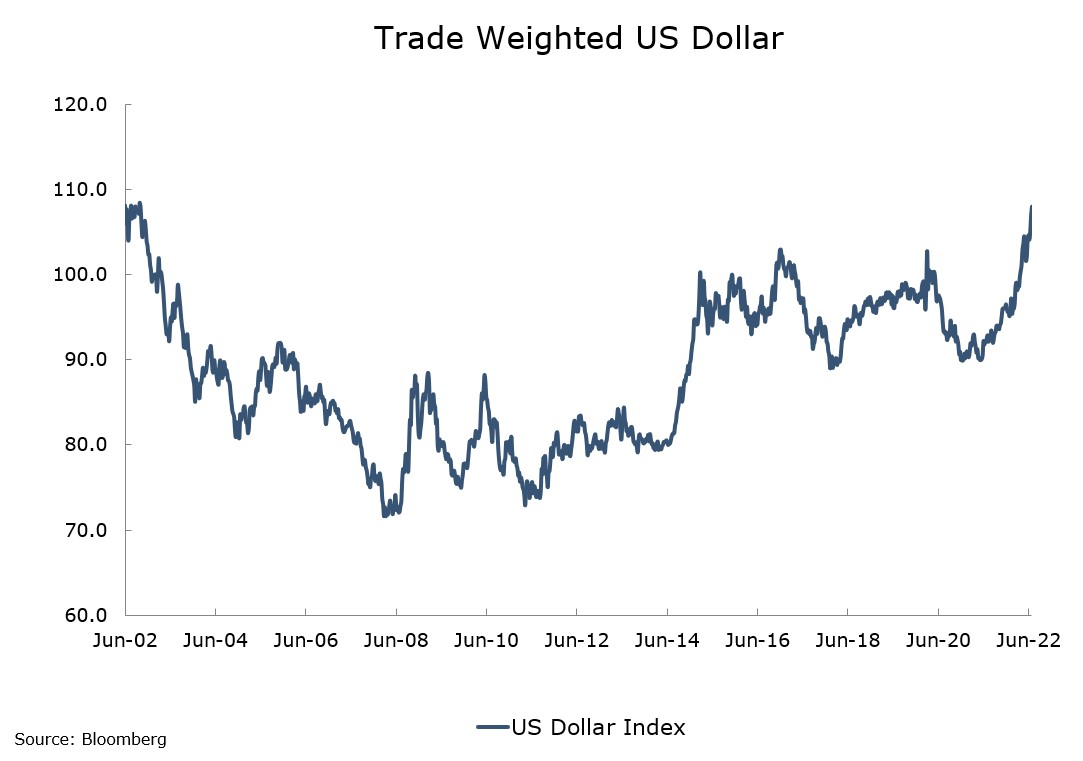 The US dollar has moved to a 20-year high on a trade-weighted basis and added to the inflation pressures in other countries as commodity prices are set in US dollars. Not only are other countries facing the inflation pain of higher commodity prices, but the strength of the US dollar is adding to that pain. It is tempting to think the only way is down from here but that may not come as quickly as one thinks. Firstly, last week the Bank of Japan recommitted itself to its low interest rate policy despite the weakening effect it is having on the yen, and the other Pacific Basin currencies (in particular, the renminbi) will follow that. In the euro area, geopolitical risks undermine confidence in the currency. The US dollar may be high, but it looks like it will stay there in the near term.

Please note: we are taking a break from Market Pulse in August. Our next edition will be published on Monday, 5 September.