Chart of the week: Will the ECB move faster? 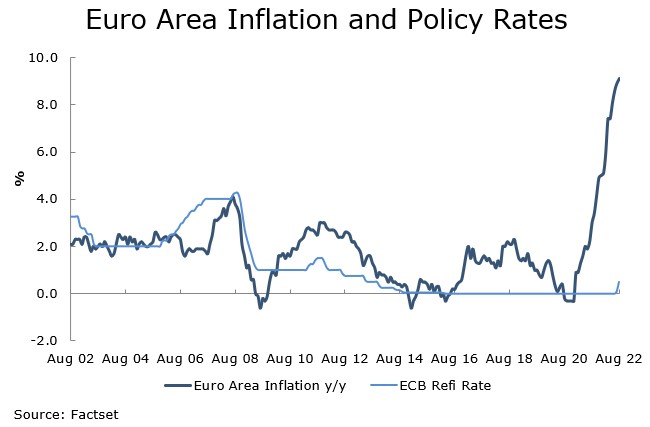 The European Central Bank (ECB) is expected to raise its policy rates by 50bps this week. Expectations are moving towards a 75bps increase given how far behind inflation the ECB is. Euro area residents are currently challenged with unprecedented levels of inflation since the introduction of the euro. Energy costs have been a significant driver of recent inflation, but even excluding energy, euro area inflation is still running near 6%. ECB moves are unlikely to address some of the fundamental drivers of current inflation, but it will be seeking to defend the currency, which has been weak, particularly against the dollar. With euro area unemployment at historic lows, it will also be looking to curb second round effects of wage demands to offset the sharp increase in cost of living.